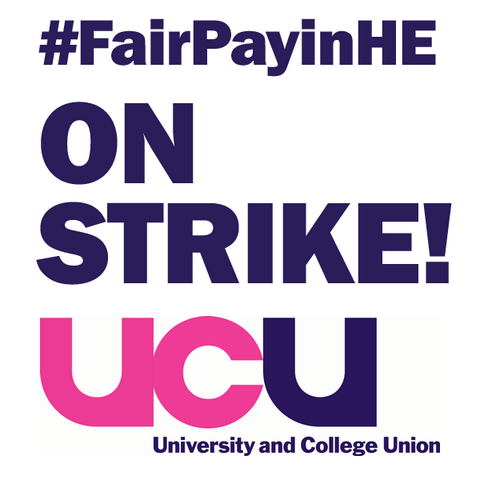 Members of the University and College Union, UCU (the largest trade union and professional association for academics, lecturers, trainers, researchers and academic-related staff working in further and higher education throughout the UK), are joined with Unison, Unite and EIS on strike today for fair pay. Visit: http://fairpay.web.ucu.org.uk
for details and live updates. The one-day strike will be followed next week by a third 2-hour strike of UCU, two having already taken place in 2014, action which is due to escalate unless there is negotiation. Local action is taking place at higher education organisations University of Nottingham and Nottingham Trent University. Local action has included pickets and ‘teach-outs’ in the city centre. At University of Nottingham, Unison and Unite members are not out due to local agreements.

Update: UCU members at Aberdeen, Bradford, East London, West of Scotland, Greenwich, Staffordshire, the Leeds College of Art, Manchester Met, Nottingham Trent, Robert Gordon and Queen Mary UL are all being called out on Monday 10th Feb for a full day strike because management has been docking a full days pay for a 2 hour strike.

Also see the National Campaign Against Fees and Cuts for news of student-led actions and solidarity: http://anticuts.com.

Read also: Why the universities strikes are about more than just a ‘measly’ pay offer.

Twitter (good for recent updates across UK, including photos): https://twitter.com/#fairpayinhe