Unions representing the Bombardier train-manufacturing workforce in Derby are organising a demonstration on Saturday 23 July in protest at plans to axe over 1400 jobs as a result of the Thameslink carriage contract being awarded elsewhere. This will affect many other jobs in Derby at a very difficult time and may also threaten the long term prospects of other workers at Bombardier.

Unite, RMT, TSSA and GMB are amongst the unions that will support the demonstration. RMT point out that First Capital Connect workers will be affected as well as those in Derby. The contract is at the ‘preferred bidder’ stage, meaning the final contract has not been signed off, so pressure is aimed at getting the government to reconsider. Furthermore, The Climate Alliance is calling upon environmental activists, campaigners and trade unionists to join the demonstration and have produced a leaflet which makes the link between climate change and the need to invest in railways.

Members of Notts SOS will travel to Derby on Saturday to support the workers (by train, as far as possible!).

Bombardier, without the £1.4bn Thameslink contract, plans to cut 446 permanent jobs and 983 temporary contract staff at the Derby site. Privatisation of British Rail in the 1980s all but halted ordering of new rolling stock, which ultimately led to the almost complete collapse of the industry in the UK. The Derby factory was formerly British Rail Engineering Limited (BREL) and is now the only major rolling stock manfacturer in the UK.

Further details, including car and coach parking, from the Unite website: Support the march and rally to save Bombardier

British Rail Engineering Limited (BREL) was a state owned company.
It was privatised in 1989 by a purchase from British Rail which according to ABB’s website comprised a consortium of ABB (40%), Trafalgar House (40%) and management/employees (20%).
In 1992, ABB increased its shareholding from 40% to 85% and after various changes of ownership, the Canadian multi-national company, Bombardier now owns the Litchurch Lane works in Derby.
The jobs massacre at Bombardier will devastate Derby and Britain’s manufacturing capacity if it is allowed to go ahead. The Derby Evening Telegraph reported “that Bombardier’s Derby factory could be the epicentre of an economic earthquake that could level many other smaller firms”.

A few months ago, Cameron and the ConDem cabinet came to Derby to pledge support for manufacturing jobs. George Osborne claimed the private sector would ‘take up the slack’ of 750,000 public sector job cuts. If they believed it, they do not know what they are talking about or as part of their agenda to increase profits for the capitalist class, they like to think of low paid jobs in non-unionised workplaces

The loss of the ‘Thameslink’ train-building contract threatens up to 20,000 jobs in the region. For every worker employed by Bombardier, at least 4 more jobs are supported further down the supply chain and then there are the job losses in the service sector. And these are skilled, well-paid, unionised jobs with proper apprenticeships and pensions. The loss of both direct and indirect jobs throughout the supply and support industries, as well as legal, technical, training, research and development services, even down to local shops and restaurants will devastate the East Midlands. As Bob Crow, RMT General Secretary says: “This act of political vandalism will impact on every single person in the area”.
More unemployment, more poverty, more desperation will be the immediate results of this decision unless there is a fightback

It is nonsense for the government to suggest that awarding the contract to Siemens represents “best value for money”. The huge long-term cost of a jobs massacre is loss of taxes and increased reliance on state benefits. The British Government ignores the fact it can include the social and economic impact in its tendering criteria as it does not care for the consequences of its big business, profit driven agenda.

Both the current ConDem and previous Labour governments – despite hand-wringing about job losses – have slavishly allowed big business in Europe to dictate the economic agenda. The EU rules “allowing” the ConDems to hang Bombardier workers out to dry are the same ones used by the last Labour government to start stealthily privatising the postal service.
And these are the same EU rules used to pitch us into “a race to the bottom”. It has been reported that the Bombardier bid is cheaper than Siemens on train design/build costs. However, on maintenance Bombardier were marginally more expensive over the 30-year lifetime of the contract because Siemens do not recognise trade unions in its British train maintenance workshops.

Bombardier’s train technology is fully proven and compliant and their B5000 bogies are tried and tested. Siemens are trying to develop their own bogies and want to lure Bombardier procurement and compliance teams and engineers to work for them (in Germany).

In the last five years Germany has built 97% of its trains domestically, France 100% and Spain 90%. British train building has almost been destroyed by nearly two decades of rail privatisation.

So what can be done? We need to unite around clear demands to support Bombardier workers and their communities.
• The government must immediately review and reverse its decision to award “preferred bidder” status to Siemens over Bombardier for the ‘Thameslink’ contract. All jobs must b defended. .
• To protect the future of train building in Derby and the UK, Bombardier’s Litchfield Lane plant should be re-nationalised with democratic involvement of Bombardier’s workforce and shop stewards’ committee, not cut adrift in the global market place. Rolls Royce was nationalised by a Tory government in 1971 when it faced a financial crisis and remained in public ownership until 1987, when it was privatised by Margaret Thatcher.
• Our trade unions and the TUC must lead industrial and political action to save the future of train building in Derby. We support the call for a massive demonstration and rally in support of Bombardier workers at the TUC Conference in London this September. We support the call of Unite General Secretary, Len McCluskey at the Durham Miners’ Gala for direct action to save these jobs if necessary by occupation as carried out by Upper Clyde Shipbuilders in 1973.
• The people of Derby and surrounding areas are marching with Bombardier workers. This must be the start of a massive campaign to protect jobs and stop the bosses riding roughshod over us. 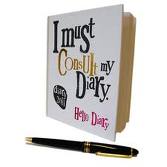 Here is advance notice of (mostly local or regional) anti-cuts events we know about from Monday 31st Jan 2011. These will be added to as more events are announced so please revisit this page. See also: Budget consultation events: Nottingham City Council from 31st Jan until 10th Feb.. Also take a look at our Recent Events, Comments and Twitter feed columns for more info and comments.

Saturday 5th Feb – National Read-In event. Events being organised in Nottingham & Notts on the day include a read-in at Beeston library. Others include Stapleford and Sneinton. All start at 11am.

Tuesday 22th February Nottingham City Unison is organising a public protest on 12.30 in the Market Square . This is the day that the City Council Executive Board discusses and recommends the 2011/12 budget to the full council. All welcome. Public demonstration with speakers.

Monday 7th March – Nottingham City Council, at 2.00 pm. The City Council’s budget for 2011/12 will be considered at a meeting of the full City Council to be held at the Council House, Old Market Square, Nottingham. The agenda for the meeting will be published a week in advance and agendas for Council meetings can be viewed by following this link http://open.nottinghamcity.gov.uk/comm/goto.asp?Type=1|32. Previously, from Unison: previous article on Notts SOS. See also: http://www.nottinghamcityunison.org.uk/

Suzanne Jeffrey is Chair of the National ‘Campaign against Climate
Change’ Trade Union group which has produced the best-selling
pamphlet ‘One million climate jobs’. This makes the case for the
creation of employment in renewable energy, refitting buildings,
public transport, industry and education.

Chandra Morbey will look at the potential for railways upon jobs
and the environment.