On Friday 25 November 2011 the “Atos Two” who were arrested during a protest at the ATOS Healthcare medical examination centre on Stoney Street in were due in Nottingham Magistrates Court. Bailed for 9.45am a solidarity demo had been called outside at 9.30am which was very well supported (see photo). There is already national awareness of the action taken by the authorities over this protest. ATOS (or SEMA in Scotland) has been the subject of protests all over the UK for its role in the government’s attack on disabled and ill benefits claimants. The ATOS Two trial will be held from Monday 27th February 2012. 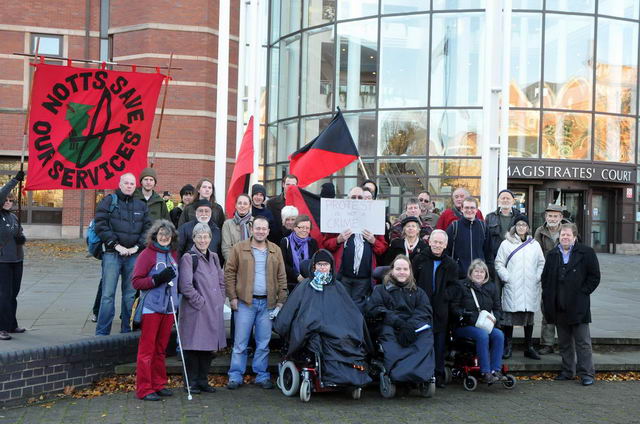