17 towns and cities around the UK saw actions and protests outside Atos offices as part of the National Day of Action Against Poverty Pimps Atos ‘Healthcare’ who work on behalf of the Dept. of Work and Pensions.

ATOS are responsible for carrying out the notorious Work Capability Assessment, a ruthless health testing procedure which has led to thousands of sick and disabled people being denied or stripped of vital benefits.

More on Notts SOS about opposition to welfare cuts: http://nottssos.org.uk/tag/benefits/ 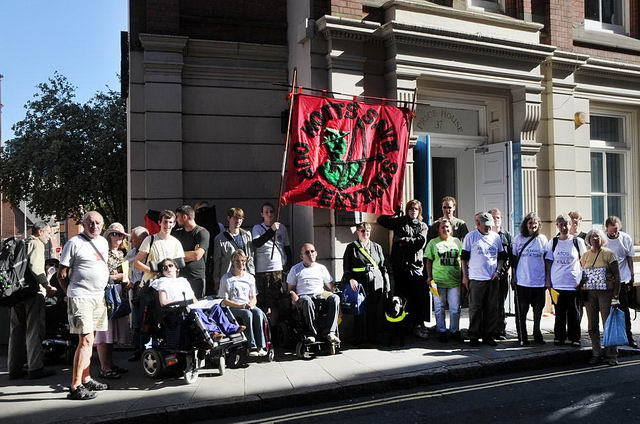